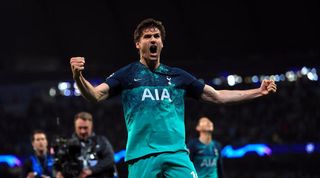 The Spaniard left the club when his contract expired at the end of June, but Spurs have offered the former £100,000-per-week attacker a new one-year deal on reduced terms.

However, they are yet to hear back from Llorente and are beginning to lose hope of him returning.

The 34-year-old was linked with Manchester United earlier in the summer and is now attracting interest from a host of Serie A clubs.

Roma, Napoli, Lazio and Fiorentina are all keeping tabs on the situation, with Italian sides having until September 2 to register their squads for the 2019/20 campaign.

Llorente scored 13 goals in 66 games during his two seasons at Tottenham.