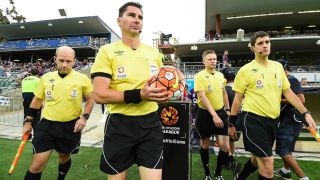 The VARs system will use video replays to check game-changing incidents, such as penalties, red cards and contentious goal-line and offside decisions.

The A-League is among several leagues such as Germany's Bundesliga, Netherland's Eredivisie and the United States' Major League Soccer to start initial "offline" experiments, which has no impact on matches.

Subject to the successful completion of initial tests, the Club World Cup in Japan later this year is also set to be used as a final test event before the International Football Association Board (IFAB) allows participants to conduct live - in-play - experiments in early 2017.

"We have been at the forefront of pushing for more broadcast innovations in the A-League and we embraced the VARs idea from the start," Gallop said in a statement on Friday.

"The eventual introduction of VARs will be a breakthrough for referees in game-changing moments and will greatly enhance the experience for fans and viewers.

"In tandem with our brand refresh for the A-League, the introduction of a centralised marquee player fund and the changes happening in the digital landscape, we can see a new era taking shape for the A-League."