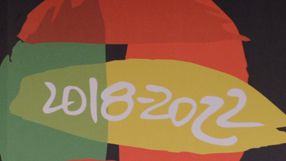 The Spain/Portugal and Belgium/Netherlands bids were criticised in FIFA's reports for being joint efforts, the BBC said after it obtained a copy of the executive summary.

Russia's bid has been criticised over transport and technology infrastructure while England's bid came under fire over training venues and team hotels, it added.

Football's world governing body is due to make the reports on the four bids public on Wednesday.

FIFA will choose the 2018 hosts on December 2 when it will also decide who will stage the 2022 World Cup, where Japan, South Korea, United States, Australia and Qatar are the candidates.

According to the BBC, the FIFA reports suggested that co-hosting could be a problem for the Iberian bid.

"It should be noted that a co-hosting concept could pose challenges regarding the joint operational delivery of the FIFA World Cup in terms of ensuring consistent standards.

"Therefore in order to provide a more complete basis for evaluation of the co-hosting concept, further key operational details would be required," the BBC quoted the report as saying.

Government guarantees were also a concern for the joint bid from Belgium and Netherlands.

"The necessary government support has not been secured as neither the government guarantees nor the government declaration have been provided in compliance with FIFA's requirements," the BBC quoted the report as saying.

According to the BBC, Russia has been given a low legal risk grading with government support having been secured. However, there were other worries.

"The country's vastness and its remoteness from other countries, coupled with the fact that the high speed rail network is limited and... would put pressure on the air traffic infrastructure," the report was quoted as saying.

"Any delay in the completion of transport projects could impact on FIFA's tournament operations and the proposed installation of temporary facilities could impose a high cost burden."

"The proposed TBC renovations would have to be ensured and some pairings should be reviewed.

"In terms of accommodation, the bidder proposes a relatively large inventory," the report added.

"However the fact that not many of the rooms have been contracted in full compliance with FIFA's template hotel agreement requires further analysis and potentially renegotiation. FIFA could be exposed to excessive pricing.