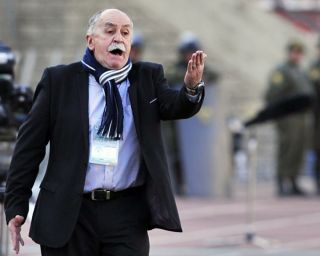 Xabier Azkargorta's side have endured a disappointing campaign in the South American qualifying section, with just two victories taken from their 15 fixtures.

They sit bottom of the pool, one point behind eighth-placed Paraguay, but could restore some pride by taking maximum points against Sergio Markarian's men at the Estadio Nacional de Lima.

If Bolivia do pick up their third win of the campaign and Paraguay fail to beat second-placed Colombia in Asuncion, they would at least avoid the ignominy of propping up the final standings.

However, Azkargorta's team are on a run of eight games without victory, with their last win coming in a 2-1 friendly triumph over Haiti in February.

There were signs of improvement in a 1-1 draw at home to Ecuador in their last qualifier though, when they were only denied a win as Felipe Caicedo's penalty cancelled out Jaime Arrascaita's opener.

Flamengo striker Marcelo Moreno is the man Bolivia will look to provide the attacking impetus against Peru, with the 26-year-old having four goals to his name thus far in the campaign.

Victory will not come easy, however, with Peru desperate to end their own winless run.

Markarian's side have gone five matches without victory, and have lost their last three matches in a row.

Peru could feasibly finish bottom of the group if Bolivia reverse a four-goal swing, and Paraguay beat Colombia.

Key to their hopes will be Schalke forward Jefferson Farfan, who has notched five goals in the pool so far.

But they were unable to hold out in Buenos Aires, as a brace from Ezequiel Lavezzi and a Rodrigo Palacio goal earned a 3-1 victory for the group winners.