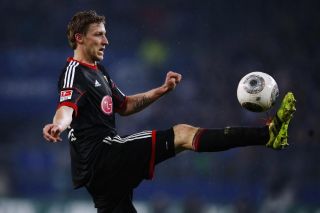 Leverkusen enjoyed a strong start to their top-flight campaign, but have slipped away since the start of 2014 and coach Sami Hyypia paid the price when he was dismissed earlier this month.

They go into Saturday's clash with second-place Borussia Dortmund knowing Wolfsburg could leapfrog them into fourth place in the race for a UEFA Champions League place with a win over Freiburg if they fail to pick up three points against Jurgen Klopp's side..

Sascha Lewandowski's men have taken 10 points from a possible 15 in their last five games, but they can expect a stern test from a Dortmund side that have won five in a row in all competitions.

And Kiessling is under no illusions as to how important fourth place would be for Leverkusen.

"Fifth place would be a disaster for us," he told Bild.

"We have to defend fourth place with all our might. Should we end up any higher, it would be a bonus."