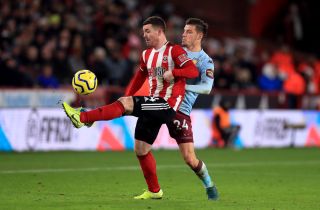 Sheffield United boss Chris Wilder has reported no fresh injury concerns for the Boxing Day clash at home to Watford.

Scottish midfielder John Fleck is available again after missing Saturday’s 1-0 win at Brighton due to suspension.

But Wilder could decide to stick with the same starting XI that triumphed on the south coast as the Blades look to continue their impressive Premier League form.

Watford midfielder Abdoulaye Doucoure will be suspended for the trip to Bramall Lane after he received his fifth yellow card of the Premier League season on Sunday.

Roberto Pereyra returned from injury to come off the bench in the 2-0 win over Manchester United while Adam Masina was an unused substitute after a recent problem.