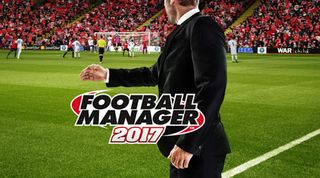 We've all got so into a game of Football Manager that you wake up one day to realise you're managing a team of re-gens.

Part of the fun is watching a strange parallel universe unfold, where Marcus Rashford is managing at Dagenham & Redbridge and you're offering a contract to Jack Wilshere to be your fitness coach.

However, one man has gone above and beyond, breaking the Guinness World Record for the longest ever continuous game of Football Manager: 333 seasons and counting.

Playing Football Manager 17, Sepp Hedel has completed a total of 1,940 hours of playing time since beginning his career in December 2017. Rather than jumping in with a ready-made title challenger, he did the right thing and started from the bottom.

"My favourite part of the game was to develop smaller clubs, so I started with FC United of Manchester who had their first Premier League win in 2037 after six second places! That was a special moment."

Sepp then departed for India, before coming back to England with Hereford FC in the distant future.

"I returned to the Premier League with Hereford FC in 2277. However, I realised how insanely strong I developed FC United and it was even harder to beat my former club, but I finally managed to in 2289.

"Since every club was unique, I don't have a favourite. But shout out to Hereford FC."

While it may have started as an admittedly very addictive computer game, Football Manager has become something of a phenomenon, blurring the lines between real and fantasy football.

Back in 2008, David Moyes signed a deal with Sports Interactive, the team behind the game, to use their huge database to help scout players and staff for Everton.

However, with Solskjaer under mounting pressure, maybe Manchester United will be looking for his replacement soon enough.

Sepp Hedel until the end of the season?

The 100 best Football Manager 2019 wonderkids - for every budget

Why everybody absolutely loved Fifa 98: Road to World Cup