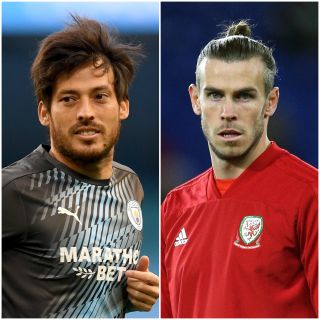 David Silva will join Lazio after leaving Manchester City, according to the Guardian. The Spanish playmaker, 34, is leaving City after 10 years and has reportedly been offered long-term security by the Italian side. He is said to have signed a three-year deal and will join the club after Pep Guardiola’s team have finished their Champions League campaign.

Gareth Bale is refusing to leave Real Madrid this summer and is willing to sit on club’s sidelines for up to two years, according to the Daily Mirror. The Spanish side’s former president Ramon Calderon has indicated a loan move would be the best compromise to the apparent stand-off, but the paper cites a source close to the Wales player as saying the the 31-year-old will not leave Madrid until his contract ends in 2022.

Chelsea have slashed their asking price for Tiemoue Bakayoko , the Sun reports. The 25-year-old cost £40million three years ago when Chelsea bought him from Monaco, but he has struggled with the Premier League’s pace and spent the last two seasons out on loan at AC Milan and Monaco. The Blues now apparently want just £20m to get the midfielder off their books.

Leicester have shown interest in Burnley winger Dwight McNeil, says Sky Sports. Foxes manager Brendan Rodgers wants to add midfield depth ahead of the next campaign and McNeil could be a fit. But Leicester will face competition, with Wolves, AC Milan and Juventus all said to be interested in the 20-year-old’s signature.

Talles Magno: Some of Europe’s top clubs want to sign the 18-year-old Brazilian forward from Vasco de Gama but Liverpool are in the lead, according to Esporte News Mundo.

Michail Antonio: The 30-year-old has held discussions over a new contract which would make him one of West Ham’s top earners, reports the Daily Mail.