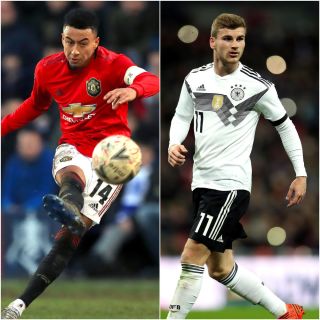 Atletico Madrid and Roma are reportedly leading the chase for Jesse Lingard, if he decides to leave Manchester United. ESPN says the 27-year-old midfielder would prefer to stay at Old Trafford long-term, however he would be open to a move if he thinks it would benefit his form on the pitch.

Another player who is believed to be open to a move to the right destination is Timo Werner. The RB Leipzig and Germany striker, 23, is in the crosshairs of Liverpool, Manchester United and Chelsea, according to the Evening Standard.

Gareth Bale is more likely to opt for a move to the MLS or China than return to Tottenham, according to the Daily Star. The Real Madrid forward has two-and-a-half years left on his contract and is believed to regard a return to Spurs as a step backwards in his career.

Liverpool may be in the middle of a historic Premier League season, but that has not stopped the club from taking steps to keep that success going long-term. The Independent says the club is eager to tie defender Virgil Van Dijk and goalkeeper Alisson down to extensive new contracts.

Bournemouth striker Joshua King is frustrated with Manchester United for not making a third bid for him on transfer deadline day, according to The Athletic.

Kylian Mbappe: Real Madrid are ready to make a move for the 21-year-old Paris St Germain forward, according to Spanish newspaper Mundo Deportivo.

Kepa Arrizabalaga: Chelsea manager Frank Lampard is in a battle with his club over the future of the 25-year-old goalkeeper, the Daily Mirror reports.