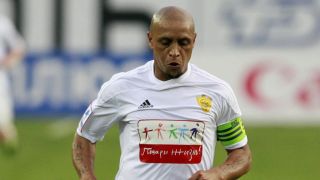 The former Brazil international will take over from Harm van Veldhoven for the 2015 season, which begins in October.

"Good morning everyone! [I] want to inform that I am the new coach of Delhi dynamos in India," the former Real Madrid full-back posted on Instagram.

"An interesting project of a growing club! very happy to be part of this club!"