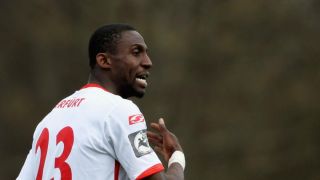 Ivory Coast international Steve Gohouri has died at the age of 34.

The defender, who played in the top flight in Switzerland, Germany and England was reportedly found dead in the River Rhine, having gone missing before Christmas.

One of Gohouri's former clubs Borussia Monchengladbach, posted on Twitter: "Borussia are mourning the loss of Steve Gohouri. Our thoughts and prayers are with his friends and family."

Gohouri had been playing in Germany's fourth tier with TSV Steinbach, who released a statement on December 16 confirming that Gohouri had gone missing.