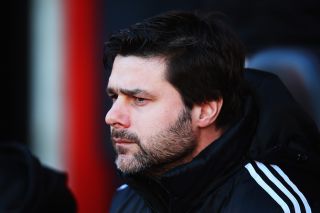 There have been well-publicised changes at boardroom level for Southampton this week, with Nicola Cortese resigning as chairman on Wednesday and club owner Katharina Liebherr taking on the role of non-executive chairman.

Cortese's departure led to immediate speculation that manager Mauricio Pochettino could resign, given the Argentinian's previous threats to walk away if Cortese left the club.

However, Pochettino reiterated his commitment to Southampton on Thursday and will now turn his attention to on-field matters at the Stadium of Light this weekend.

Although Sunderland are in the Premier League relegation zone, Gus Poyet's men have lost just one of their last nine matches across all competitions.

However, no top-flight club has struggled more at home than Sunderland, who have taken just seven points from 10 league outings in front of their own fans.

Southampton's away record has been similarly unimpressive of late, with Pochettino's side managing just one win from eight games on the road.

The south-coast outfit were also beaten 2-1 at Sunderland in a League Cup tie in November, but are seeking back-to-back Premier League wins after a 1-0 triumph over West Brom last time out.

Sunderland are looking for their first successive wins in the league since April, and head into the match on the back of three straight victories in all competitions.

Their latest triumph was a morale-boosting 4-1 success at Fulham, which featured a hat-trick from in-form winger Adam Johnson.

That win lifted Sunderland off the foot of the table, and moved them to within one point of safety.

The home side have no fresh injury worries, but goalkeeper Keiren Westwood (shoulder) remains sidelined.

Pablo Daniel Osvaldo serves the last game of a three-match suspension for Southampton, who will also be missing Victor Wanyama (leg).