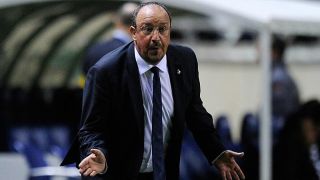 Calderon believes Benitez's stint at the club was always doomed to end in failure due to the fact he was never their first choice.

"Benitez was a coach who was already born dead for Real Madrid," Calderon told Omnisport.

"That’s because he wasn't the chosen one, he was the fourth option. They tried to bring back [Jose] Mourinho but the Portuguese didn't want to and he gave some excuses with many unaccomplished conditions.

"After that they tried to bring Joachim Low and he didn't want to come neither. The third was [Jurgen] Klopp and the German also denied Real Madrid, so the last option was Rafa Benitez.

"They brought him even knowing he didn't suit with Real Madrid's style."

Calderon feels the appointment of the Zidane was a big risk given his lack of coaching experience, but said his stature as a former great of the club and indeed the game should hold him in good stead.

"He is a mystery because he is a coach without any experience," Calderon said.

"He has been working for one year and half for a team which play in the third division but from the other hand he has the advantage of being a great former player, who has his experience and how to deal with these kind of players, he already knows how to deal with a dressing room filled by stars because he was one of them.

"Many players have already worked with him and they have a great respect of him, so he has chances of winning at Real Madrid but he just needs a bit of luck."