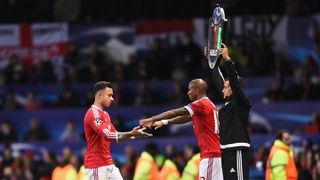 Teams playing in the Champions League and Europa League in 2018-19 will be able to field a fourth substitute in matches that go to extra time, UEFA has announced.

Following the successful implementation of the rule by FIFA at the World Cup, European football's governing body updated its rules on replacements for various competitions.

Meanwhile, five changes per team will be permitted in the UEFA Youth League and the Under-17 and Under-19 European Championships for men and women.