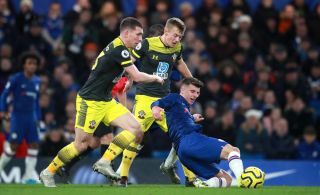 Southampton are in fashion and Chelsea are out of it – at least that’s the view of the Fantasy Premier League’s elite bosses.

By analysing a sample of more than 250 managers with five or more top 10,000 finishes to their name, we can get some useful insights into the actions of the very best.

And when it comes to the average number of players in their squads from each Premier League club, there are some big surprises.

Chelsea might not have blown the league away this season, but they do sit in fourth place and, earlier in the season, had some FPL exports that the best managers couldn’t wait to sample.

Likewise, Mason Mount was considered a must-have midfield bargain among the elite to the tune of 84.4% earlier in the season, but is now owned by just 1% of them.

Overall, the cream of the FPL crop own just 0.07 Chelsea players on average – that’s the lowest of any team in the Premier League.

Two goals in 10 games have contributed to Abraham’s downfall, while Mount hasn’t scored a goal since gameweek 15 against Aston Villa – upcoming fixtures against Manchester United and Tottenham won’t have enhanced their popularity.

Wins have been tough to come by for Frank Lampard’s side meanwhile, picking up just two since Christmas. While Chelsea’s top four push is very much on, their top FPL players are falling short.

Southampton conversely have won four games since Christmas, in large part thanks to striker Danny Ings and goalkeeper Alex McCarthy.

Those efforts have not gone unnoticed by the FPL elite, with Southampton their second favourite team right now behind only Liverpool at an average of 1.61 Saints players per squad.

Among them, the elite own 0.87 Saints forwards on average – a figure that is entirely down to Ings, who is at 86.9% ownership with the top bosses.

That’s fair when considering Ings’ still-reasonable price of £7m against a goal tally of 14.

At the other end of the pitch, McCarthy has curried favour at 38.8% elite selection, his £4.4m price tag deemed too good an opportunity to miss after three clean sheets in seven.

They’re affordable and they deliver – is it time to march a Saint or two into your side?

It will come as a surprise to nobody to learn that Liverpool are the runaway winners of the elite popularity contest, at a staggering 2.78 players per squad.

Mohamed Salah (98.3%) and Trent Alexander-Arnold (94.5%) are the two most popular players among the best, and you’d be wise to follow them in that regard.

But there is one area of the Liverpool XI that this group of bosses have largely decided to ignore: goalkeeper.

Alisson Becker is widely regarded as one of the better goalkeepers in the division, but his form doesn’t translate all that well into FPL points.

The Brazilian is 11th for points among goalkeepers, despite being the most expensive keeper in the game, leading to 0.01 Liverpool goalkeeper selections per elite squad.

By all means join these FPL kings in accruing outfield Reds, but for now, Alisson looks like being poor value for money.