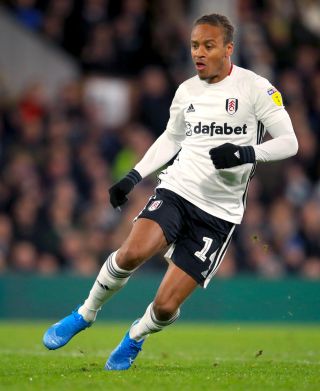 Fulham’s latest failure to win at a London ground other than Craven Cottage cost them a chance to close to within a point of the sky Bet Championship’s automatic promotion places following a drab 0-0 draw at Charltion.

They had lost each of their previous six away London derbies, so a point at The Valley was an improvement of sorts, but they will feel they should have done more against a team at the wrong end of the table.

Charlton have won just one of their past 16 matches in the Championship but they at least battled hard for a result to celebrate the award of a three-year contract to manager Lee Bowyer.

The pre-match news of Bowyer’s new deal was greeted with enthusiasm from the home fans and they were still in good voice as their team opened on the attack.

But despite the absences of injured duo Aleksandar Mitrovic and Anthony Knockaert, Fulham were soon pushing forward and Charlton goalkeeper Dillon Phillips had to block an angled shot from Bobby Decordova-Reid from a pass by Tom Cairney.

Charlton struggled to regain their early impetus and when Alfie Doughty ran from his own penalty area to Fulham’s after Charlton cleared a corner, he found no team-mate in position to receive a pass.

Cairney had no such problems and another pass found Joe Bryan advancing down the left to send a skidding shot just past Phillips’ far post.

Doughty remained the Charlton player most likely to get the locals on their feet but another buccaneering run down the right was anticipated by Fulham’s Tim Ream, who cleared.

Fulham should have gone ahead five minutes into the second half when Michael Hector found space at the far post to meet Ivan Cavaleiro’s corner from the left but the defender put his header wide.

The impressive Bryan then stung the hands of Phillips with a rising shot from the edge of the area as Fulham enjoyed another spell of dominance, but for all their passing superiority, the visitors were unable to engineer that unmissable chance.

That was due in no small part to the home side’s determination, and Erhun Oztumer put a warning shot for Charlton over their crossbar after catching Ream in possession to remind Fulham that they were not the only team looking to score.

But although the home side launched a late charge, they failed to threaten Marek Rodak’s goal.