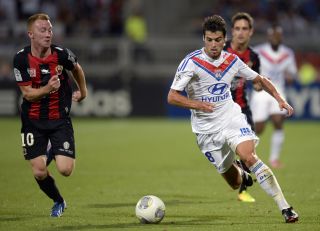 The 27-year-old playmaker has been linked with a move to the Premier League with Newcastle and Arsenal reportedly interested.

France international Gourcuff has started the new Ligue 1 season in fine form, scoring twice in two games to help Lyon to maximum points and the top of the early league table.

But while he would not welcome the former Milan man's departure from the Stade de Gerland, Garde admitted contingency plans are in place should this happen.

"I wouldn’t be delighted to lose a player who has made a very good start to the season," he said.

"But we still have the same necessities, and I’ll adapt to the decisions made."

Garde's men will look to make it three wins from three Ligue 1 games when they face Reims on Saturday.