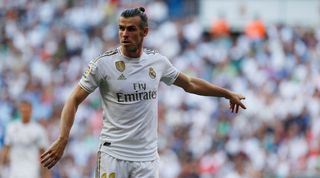 Gareth Bale has endured a tricky couple of years at Real Madrid, having come under criticism in the press and from his own manager Zinedine Zidane.

Despite this, Bale has won 14 trophies during his time in Madrid and scored in two Champions League finals.

Coleman – who worked in Spain at Real Sociedad froom 2007-08 – believes the treatment of Bale is unwarranted and has leapt to the Welsh talisman's defence.

"I saw John Toshack saying Gareth hasn’t given enough of himself to the public in Madrid," Coleman told The Athletic.

"Well, he’s never done that. It’s not his character. When he comes home he plays golf, stays with his family, in his little circle.

"I just thought it was unfair when people were picking him apart. He should do this, do that. No, be yourself. If he’s not happy in his head he won’t be right on the pitch.

"I’ve been with Gareth in Madrid, in a restaurant, and he’s speaking perfect Spanish, ordering food, greeting people. He was very polite, but it’s his own space. He has done all his talking on the pitch. He is the most decorated foreign import from the UK."

Bale seemed set to be heading to China in the summer, but a move to Jiangsu Suning fell through at the last minute.

He is now being reintegrated into Zinedine Zidane's Real Madrid side, and has scored two goals in his first three games.

RANKED The 101 best players in the Premier League right now