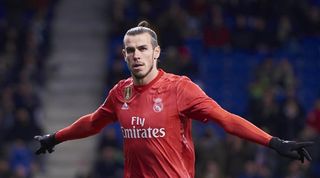 Gareth Bale is willing to remain at Real Madrid in the hope of Zinedine Zidane's tenure coming to an early end, according to the Daily Mail.

The Wales international could also wait until the Chinese Super League transfer window reopens in November before sealing a move away.

Bale came close to moving to Jiangsu Suning last month, only for Madrid to pull the plug on the deal at the last minute.

Bayern Munich have since emerged as contenders to sign the former Tottenham forward, after former target Leroy Sané was ruled out of action for seven months.

However, Bale is content to remain at the Bernabeu and wait to see whether the pressure builds on Zidane.

Madrid have endured a poor pre-season but will need to hit the ground running once La Liga begins this weekend. Los Blancos travel to Celta Vigo on Saturday.