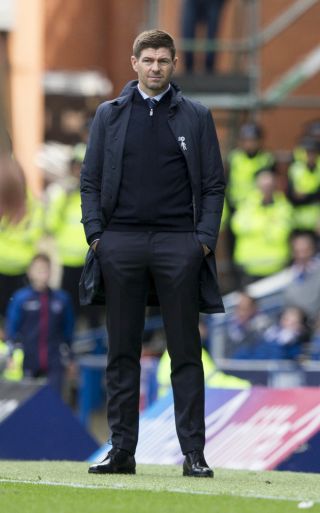 Steven Gerrard is confident his Rangers side can still mount a strong title challenge after losing at home to Celtic.

Rangers were looking for a third consecutive Ibrox win over their rivals but never seriously troubled visiting goalkeeper Fraser Forster during a 2-0 defeat.

However, Gerrard felt the vast majority of his players performed well below par and were not outclassed by Celtic.

And he was able to put the result into perspective after an otherwise successful start to their campaign.

“The gap’s three points,” he said. “It was seven points this time last year.

“We are competing against a very good team, an effective team. So we know what we have got to do.

“I’m still confident that we can put a good challenge up and have a successful season.

“This game has gone against us and is a blow and a tough one to take. But we will have a bit of a break and try to go on a run where we can go on a lot of wins and stay with it as long as we can.

“Once the dust settles and we analyse where we are right now, of course we will be upset over losing an Old Firm, but we have qualified for Europe, we have a visit to Livingston to get into the semi-final of a cup, and we are three points behind where we were seven points behind last year.

“So in the main there’s a lot of positives but this will take a little bit of time to get over.”

Celtic manager Neil Lennon felt they had answered their critics and gave captain Scott Brown special praise for proving his detractors wrong with a strong display in midfield.

But Brown claimed he had not read anybody writing him off.

And the midfielder added: “I enjoy playing football, I play with a smile on my face and whether I’m on the pitch or the bench, as long as this team wins, that’s the main thing. It’s not about me individually. It’s about this team collectively.”