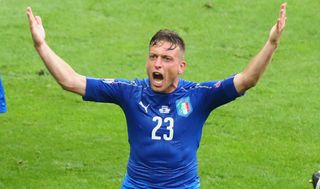 Napoli have completed the signing of Emanuele Giaccherini from Sunderland for an undisclosed fee. The Italy international has signed a three-year deal with the Serie A side.

Italy international Giaccherini joined Sunderland from Juventus in 2013, but failed to live up to expectation at the Stadium of Light over the past three seasons.

The 31-year-old spent last season on loan at Bologna and has now sealed a permanent return to his native country.

"I have joined an important and prestigious club," Giaccherini commented on his move.

"I am very happy to be wearing the Napoli jersey.

"I cannot wait to start my new adventure with Napoli. It will be fantastic to play at the Stadio San Paolo."

Giaccherini starred for Italy Euro 2016, scoring once in four appearances as Italy reached the quarter-finals.