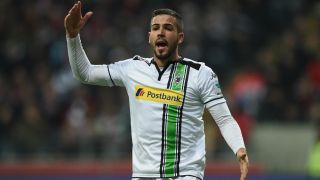 Borussia Monchengladbach defender Alvaro Dominguez has been forced to retire due to ongoing back problems.

The 27-year-old Spaniard made the announcement on social media on Tuesday, succumbing to persistent injuries.

Dominguez underwent back surgery for a second time in September, with the former Atletico Madrid player without a Bundesliga appearance since November last year.

"I've been playing in a terrible condition the last few years and been obliged to carry on playing," he said in a video published via his official Twitter account.

"This means that today I have to say goodbye to you and this sport that I am so passionate about. No one would like to be an invalid at 27-years old. This is the price that I will have to pay."

Despite fighting to return, has had to retire from football at 27 years old Thanks for everything, Alvaro! December 6, 2016

After joining Gladbach in 2012, Dominguez made over 80 appearances for the German outfit, though he only played in six games last term.

During his four years at Atletico, he featured in more than 75 matches.