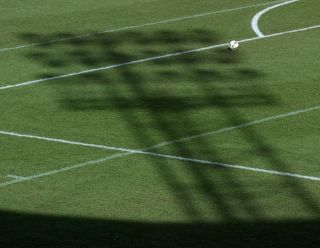 Jamie Masson scored directly from a corner as Cove Rangers beat Queen’s Park 2-0 at home to extend their lead at the top of Ladbrokes League Two to eight points.

Masson put the Wee Rangers ahead in the third minute – his eighth goal in 12 games – before his cross was diverted into his own net by Jake Davidson four minutes before half-time.

Cove Rangers have now won all 13 league matches at Balmoral Stadium this season as Queen’s Park saw their six-game unbeaten run come to an end.

Edinburgh’s inconsistent run continued as they were held to a goalless draw at home by bottom-of-the-table Brechin.

The Citizens have won just one of their last four games as they failed to find a way past a Brechin side who had lost their last three and are now winless in eight.

Annan ended a run of six successive defeats by beating Albion 2-1 at home.

Niyah Joseph and Nathan Flanagan gave Annan a 2-0 half-time before Ouzy See halved the deficit three minutes into the second half.

The matches between Elgin and Cowdenbeath and Stirling and Stenhousemuir were postponed due to waterlogged pitches.