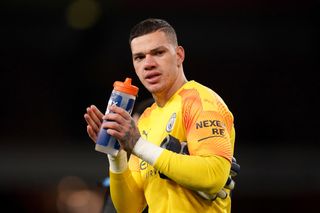 Goalkeeper Ederson should be available as holders Manchester City host Port Vale in the third round of the FA Cup after missing the midweek clash with Everton through illness.

Defender Nicolas Otamendi is still sidelined by a knock but fellow centre-back John Stones is near to a return after a hamstring injury.

Aymeric Laporte (knee) is now back in training but is still some weeks away from a return, as is winger Leroy Sane (knee).

Port Vale boss John Askey has no fresh injury concerns ahead of the short trip to Manchester.

Shaun Brisley was an unused substitute for a second straight game in the New Year’s Day draw with Macclesfield after returning from a hamstring problem.

Club captain Tom Pope will be pushing for a start after being named among the substitutes on Wednesday.