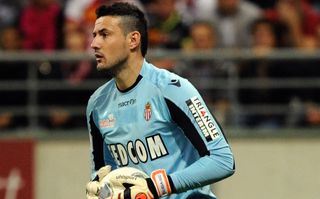 Subasic, 28, joined Monaco in January 2012 from Hajduk Split and has gone on to establish himself as the Ligue 1 leaders' first-choice keeper.

The Croatia international has already kept four clean sheets so far this season.

Monaco have been linked with a move for Barcelona keeper Victor Valdes in recent times, but they have displayed faith in Subasic by rewarding him for his strong start to the campaign.

"The club has confirmed its confidence in me and that's very important for me because Monaco has become my second home," he told the club's official website.

"When I signed here, the aim was to win promotion back to Ligue 1. Today, here we are, and we have made an excellent start to the season.

"It's a fantastic adventure to be a part of."

Subasic has made 61 appearances in his Monaco career.