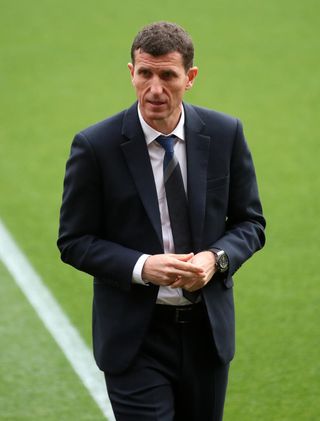 Watford boss Javi Gracia will resist the temptation to rest his star names for the final game of the season against West Ham despite the FA Cup final being just a week away.

Gracia believes the best way to build momentum for the mighty task against Pep Guardiola’s men is to  make sure his side finish off an excellent Premier League campaign on a high.

Gracia told a press conference: “Players get injured all the time so what can I do? Tell the players not to train, tell nobody to move, tell the players to stay at home, to go to bed and then they will be ready?

“This is not true. They won’t be ready this way. We have to do the same behaviour as we have always done.

“The only other way to prepare is to play well in this game. After the game is finished we have time to prepare for the final.

“I know it’s a special game but the best way to prepare is to train every day and play as well as possible.”

Newly-crowned club player of the year Etienne Capoue is one player who could make a return against the Hammers after missing the Chelsea game with a minor groin strain.

Gracia added: “He (Capoue) deserves the recognition of the award – he has played really well and has been very important for us.

“Everybody knows he is an amazing player but I think this season he was able to keep consistent, keep his level and show his level the whole season.”