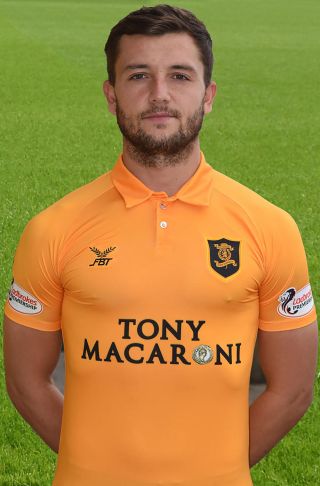 O’Halloran fired in the opener after just three minutes as St Johnstone got the better of the first-half exchanges.

However, skipper Halkett blasted in an astonishing equaliser six minutes from time from 40 yards out to earn Livingston a draw.

With little at stake beyond the battle to be top of the bottom six, this had the feel of a dead rubber about it.

But St Johnstone’s commitment could not be questioned as they took the lead in just the fourth minute.

Matty Kennedy’s clipped pass into the box was headed back by midfielder Murray Davidson for the lurking O’Halloran, and the former Rangers attacker fired a magnificent half-volley across the diving Ross Stewart to find the far corner of the net.

In a flurry of activity during the opening exchanges, Livingston came close to an equaliser in the ninth minute.

Steven Lawless was allowed too much room just outside the area and took advantage by flashing a left-foot strike towards the top corner. Home goalkeeper Zander Clark made a meal of it but stretched out a fist to divert the ball over the bar just as it looked to be creeping in.

The rest of the half was largely uneventful but the second period sprang to life as Livingston put up more of a challenge to St Johnstone’s first-half dominance.

Still, it was Saints who held the upper hand in chances. And just a minute after the interval Chris Kane outmuscled Rickie Lamie to burst into the box but Stewart blocked at the striker’s feet.

Moments later, Livingston threatened an equaliser but a curling 25-yard free-kick from Halkett brought out an excellent diving stop from Clark.

Ross Callachan then brought out a save from Stewart at the other end before firing a volley wide of the target as the home side continued to carve out the clearer opportunities.

However, the Lions stood firm, with Scott Pittman blocking a Murray Davidson shot from close range before they snatched a draw with an incredible goal.

There looked to be little on for Halkett as he took possession on the edge of the centre circle, but a couple of strides later and the skipper released a powerful drive which flew beyond Clark into the bottom corner.