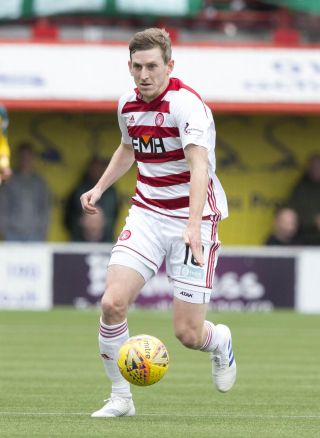 Hamilton will check on the fitness of Blair Alston and Marios Ogkmpoe ahead of their Ladbrokes Premiership encounter with Aberdeen.

The pair missed Saturday’s defeat by St Johnstone with knocks.

Midfielder Will Collar is working his way back from a shin injury and goalkeeper Ryan Fulton is a long-term absentee.

The Dons welcome Lewis Ferguson and Curtis Main back from suspension.

Craig Byrson is pushing for a start after coming off the bench against Celtic.

Ash Taylor will return to training later in the week following a hamstring injury, while Funso Ojo (hamstring) and Scott Wright (knee) remain out.