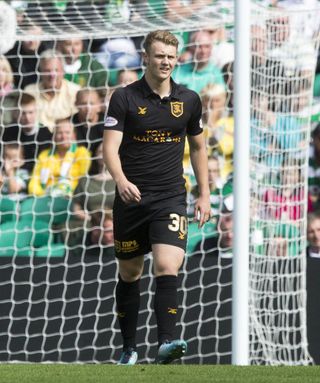 Livingston have loaned striker Jack Hamilton to Queen of the South for the season.

The forward, who turned 19 on Sunday, scored twice for Livingston last season before joining Alloa on loan in January.

The teenager only made one start for the Wasps but netted a winner at Morton on one of his 14 substitute appearances.

Manager Gary Holt told Livingston’s website: “It’s a great step in Jack’s development to be playing week in, week out in the Championship – especially at his age.

“This is something which will hopefully benefit both Jack and Livingston in the coming seasons.”