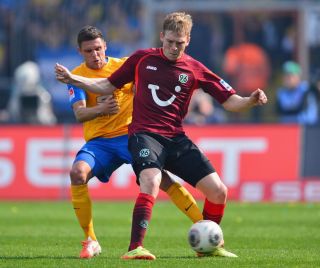 The 26-year-old made the temporary switch to the HDI-Arena in January, after falling out of favour at parent club Hamburg.

However, the Latvia international has found the back of the net just three times in 14 Bundesliga appearances for Tayfun Korkut's charges.

Subsequently, Hannover have opted not to extend his stay.

"Info on Artjoms Rudnevs: The club does not make use of the buyer's option until April 30," the club posted on their official Twitter account.

"This decision was made together by Hannover executive Dirk Dufner and Rudnevs after a conversation. We wish 'Rudi' all the best."

Rudnevs moved to Hamburg from Lech Poznan in 2012.