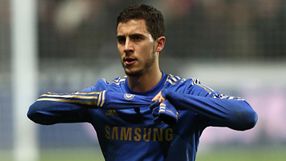 Hazard was charged by the FA following his bizarre sending off for violent conduct in the second leg of Chelsea's League Cup semi-final defeat by Swansea City last week.

The Belgian international kicked the teenager while trying to get the ball as the ballboy laid on top of it.

Hazard received an automatic three-match ban for his 78th-minute red card but faced the possibility of a longer suspension.

"Following a hearing earlier today, an independent regulatory commission was of the opinion the existing three-match sanction for this offence was sufficient," the FA said in a statement.