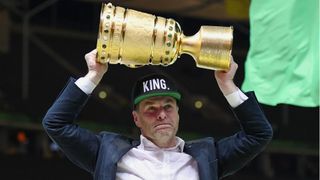 Wolfsburg head coach Dieter Hecking has extended his contract with the club until 2018.

The 50-year-old took over in 2012 and guided the club to its maiden DFB-Pokal title last season, triumphing over Borussia Dortmund in the final.

His previous deal had been due to expire in 2016.

"If something good has come together, one should not separate," Hecking said of his decision to sign.

"I am therefore delighted that we will continue the successful path together in the coming years.

"I have always stressed that I am pleased to remain beyond 2016. We have a lot of plans for the coming years and I look forward to the tasks that lie ahead."