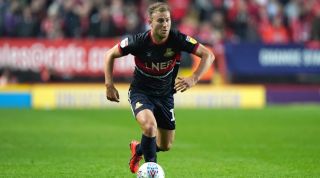 The midfielder impressed on loan at Doncaster Rovers last season and appears set for another campaign away from Anfield.

Goal reports that the 20-year-old is expected to secure a new temporary deal this week, with Hull, Brentford and Charlton keen on securing his signature. Millwall and Luton Town have also shown interest.

Kane scored seven goals in 49 appearances for Doncaster last season but is yet to make his senior debut for Liverpool.

The midfielder played under Grant McCann at Rovers, and the manager – now of Hull – is hopeful that he can use his existing relationship with the youngster to bring him to his new club.