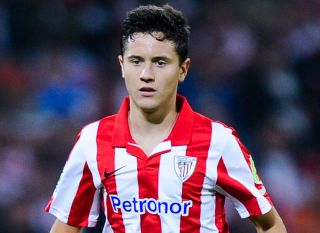 The 24-year-old has made seven appearances in the league this season, helping Athletic to sixth in the table, but he is now set for a spell in the treatment room.

Herrera started their 1-1 draw with Valencia last weekend but was substituted at half-time by Ernesto Valverde, although that is thought to have just been a tactical change rather than in relation to any knock.

"The player has suffered an injury to the abductor muscles in his left leg during training session on October 11," a statement on the club's website confirmed.

Athletic will hope to have Herrera back for the visit of Villarreal after the international break as they look to return to winning ways after taking just one point from their last two games.

Herrera was not named in the Spain squad for the double header with Belarus and Georgia, despite impressing at the start of the season.