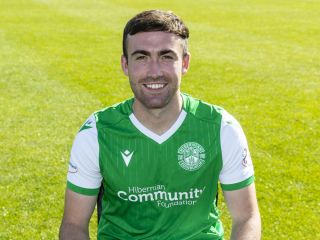 Hibernian midfielder Stevie Mallan has been ruled out for around two months after undergoing surgery on a knee injury.

The 23-year-old has been sidelined since the Boxing Day win over Hearts and stayed at home to receive treatment at the Hibernian Training Centre (HTC) when his team-mates travelled to Spain for a winter training camp.

Having had his operation on Tuesday, Mallan will return to HTC on Thursday to start a rehabilitation programme.

He told the club’s official website: “It’s an important part of the season with some exciting games coming up, so I’m disappointed to be ruled out for a few weeks.

“The surgeon was pleased with how everything went, and I know I’ll be in safe hands at HTC.

“I’ve been given two months as a rough guide but I’ll throw myself into the programme that’s been drawn up for me and see where it takes me.

“It goes without saying that I wish the boys all the best in the meantime and I’m looking forward to getting back out there with them.”