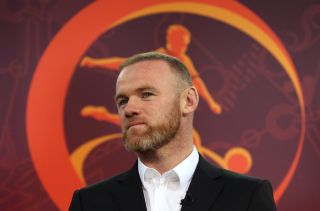 Wayne Rooney’s MLS career looks to be heading for an ignoble end after his sending-off against the New York Red Bulls on Wednesday night.

As the DC United striker prepares for a move back to England to assume a player-coach role at Derby, PA looks at the highs and lows of the 33-year-old’s career.

HIGH – Scores for Everton against Arsenal in October 2002 at the age of 16 years and 360 days, making him the youngest Premier League goalscorer at the time.

HIGH – Becomes the youngest player to play for England in February 2003 at 17 years and 111 days in a friendly defeat against Australia.

HIGH – Becomes the most expensive British teenager by joining Manchester United in 2004 in a deal that eventually rises to £27million.

LOW – Sent off in a Champions League draw at Villarreal in September 2005 after sarcastically clapping in the referee’s face.

LOW – Sent off in the World Cup 2006 quarter-final defeat to Portugal for stamping on Ricardo Carvalho. England went on to lose on penalties.

HIGH – Ends the 2007-08 campaign as both a Premier League and Champions League winner as United defeat Chelsea in Moscow.

HIGH – Signs five-year extension with United, just two days after saying he would not and wanted to leave in October 2010.

HIGH – Scores arguably his best United goal in February 2011, an overhead kick in the Manchester derby to give United a 2-1 victory.

LOW – Sent off in a Euro 2012 qualifier against Montenegro for a foul on Miodrag Dzudovic and banned for the first three games of the finals in Poland and Ukraine, subsequently reduced to two on appeal.

HIGH – Wins his 100th England cap in November 2014 and scores a penalty as England defeat Slovenia in a Euro 2016 qualifier.

HIGH – Surpasses Charlton as United’s all-time record scorer by coming off the bench to net against Stoke in January 2017.

LOW – Receives two-year driving ban and ordered to perform 100 hours of unpaid work in September 2017 after pleading guilty to a drink-driving charge.

LOW – In December 2018 is arrested for public intoxication at Washington’s Dulles airport after arriving on a flight from Saudi Arabia. Says he was left “disorientated” by taking prescribed sleeping tablets while drinking.

HIGH – Seals a deal to return from the US earlier than planned and become a player-coach at Derby from January 2020.

LOW – Made his frustrations about the MLS plain in a tweet bemoaning DC United’s unnecessary “12-hour travel day” – shortly after ranting at the fourth official during defeat at the Vancouver Whitecaps.

LOW – Is sent off during DC United’s MLS defeat to New York Red Bulls after a VAR review decreed he had elbowed Red Bulls midfielder Cristian Casseres Jr in the neck.