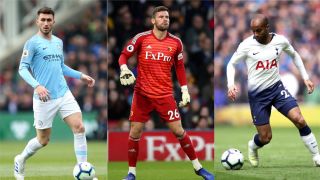 Players go in and out of fashion in the Fantasy Premier League but who is trending towards the end of the season, and is it for the right reasons?

After dividing players into three categories – cheap, mid-range and expensive – here the Press Association looks at which players are attracting the most attention in each position according to net transfers.

Starting with the goalkeepers, it may come as a surprise to see Watford’s Ben Foster, whose error gifted Arsenal all three points in their recent Premier League game, leading the way.

The mid-range Hornets stopper has failed to keep a clean sheet in seven games, but with Arsenal, Manchester United, Liverpool and Manchester City among his recent opponents, perhaps that is no surprise.

Instead, managers appear to be backing Foster for his ever-present nature – he has played in all of Watford’s league games so far this season – and a fixture list that includes Huddersfield, Southampton, Wolves and West Ham.

Further ahead in defence, the mid-range price bracket is again the more popular, but those in the cheap seats backing Maya Yoshida might be getting more bang for their buck.

Southampton are in fine fettle, and since Yoshida returned to the team they have won four games out of six.

The Japan centre-back has banked 25 points in that time, and with fixture difficulties of three or lower to come this season, the net 15,540 that brought him in might be glad he has flown under the radar.

In midfield, it will come as no surprise that Tottenham’s hat-trick man Lucas Moura has been brought in by thousands, while Raheem Sterling continues to prove popular with Manchester City now focused almost entirely on the Premier League.

As bandwagons go however, Nathan Redmond’s is cheaper to jump on, with his brace against Wolves seeing him 37 FPL points clear of any other Saints player with a raft of winnable fixtures still to come.

As for strikers, no forward has put their stamp on the 2018/19 season, with Sergio Aguero the leading man on just 177 points.

As a result, managers appear to be divided between backing the pricier options, and taking their chances on a bargain.

That goes some way to explaining why thousands are bringing Bournemouth’s Callum Wilson into their team.

The England striker notched a season-high 15 points in the Cherries’ 5-0 win against Brighton, and has now entered double figures for FPL assists as well as goals.

Despite only playing one match in the forthcoming double game week, three level-two difficulty fixtures suggests the masses may have made a wise call this time around.