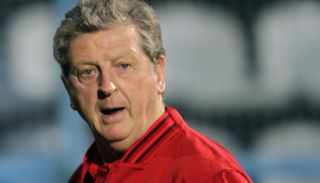 The FA fears anti-Irish Republican Army (IRA) chanting at the Wembley fixture, especially as the game comes after the far right English Defence League gained publicity for protests against the murder of a soldier in London by alleged Islamic extremists.

The Dublin friendly 18 years ago was stopped after 27 minutes when England fans rioted by ripping out seats and throwing them towards the pitch. Their motive was hatred of the IRA, which fought to end British rule in Northern Ireland.

The IRA disbanded after a 1998 peace deal largely ended three decades of violence between mainly Catholic Irish nationalists seeking union with Ireland and predominantly Protestant unionists who want to remain part of the United Kingdom. More than 3,000 people were killed.

"Ahead of the Ireland fixture, on behalf of the FA, I would like to ask our supporters to please respect our opponents and welcome them in the right way," Hodgson wrote in an e-mail to ticket holders.

"Wembley is considered the world over as the home of football and we ask those attending not to take part in any chanting - particularly of a religious or political perspective - which could cause offence to our visitors or fellow fans."

England follow Wednesday's game with a friendly in Brazil on June 2 while Ireland, fourth in World Cup qualifying Group C, host Faroe Islands in a qualifier on June 7.