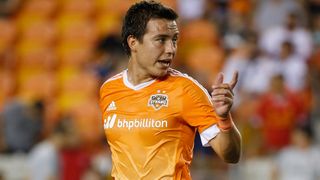 Houston Dynamo moved top of the Western Conference in MLS with a 2-1 win at home to the Vancouver Whitecaps on Friday.

The hosts held on despite Brek Shea coming off the bench to pull a goal back for the Whitecaps late in the clash.

Dynamo took a 15th-minute lead through Elis, who headed in a cross from fellow Honduran Romell Quioto at the back post.

La Pantera!Alberth Elis puts in front finishing off the Honduran connection. May 13, 2017

Elis came off injured on the half-hour mark, but his replacement – Torres – doubled his side's advantage with a 68th-minute penalty.

While Shea headed in a Christian Bolanos set-piece with five minutes remaining, Houston held on.