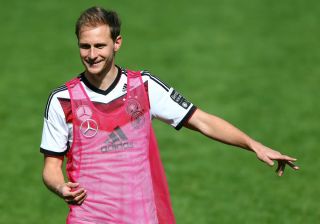 Joachim Low's team were among the pre-tournament favourites and get their campaign under way with a crunch Group G clash against Portugal in Salvador on Monday.

Howedes is a centre-half for his club, where he has occasionally featured at right-back, but is expected to line-up on the left-hand side of defence in Germany's opener - something the 26-year-old has no qualms about.

"I've played several times in the past this position, even in the DFB (German national) team," he told Schalke's official website. "I am very versatile defensively, which Joachim Low of course knows.

"To me it's always about bringing my skills and helping the team. Should I play, I'll do anything (I can).

"That would be very important, especially against the nimble offensive players of the Portuguese. Our opponent has a tremendous amount of potential in its ranks."

Howedes is set to be part of a defensive unit that must stem the considerable threat of Cristiano Ronaldo, but believes it would be an error for Germany to focus too much of their attention on the Ballon d'Or winner.

He added: “We play against Portugal, not only against Cristiano Ronaldo. The Portuguese have a strong collective.To have only one player in view would be negligent.

"The coach has prepared us well on the opponent. But of course we have talked about Ronaldo."