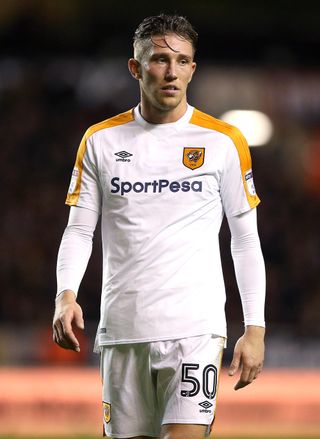 Hull defender Angus MacDonald has thanked the “football family” for their support after he was diagnosed with the early stages of bowel cancer earlier this month.

The 26-year-old had only recently returned to full training having been sidelined for almost a year due to deep vein thrombosis.

MacDonald revealed he will undergo an operation in a fortnight, before which time he intends to go travelling.

He said in two messages on his Twitter account (@Angus_Mac15): “Thank you Football family – I’m absolutely overwhelmed by the support that has come my way this past week.

“Literally thousands of messages which I’m taking time reading through today (Thursday) and It really has given me a huge boost.

“I’ve got a couple of weeks until my first op, so I’m going to enjoy some time travelling and soak up as much positivity as I possibly can.”

MacDonald, who last appeared for Hull in April 2018, signed from Barnsley for an undisclosed fee in January 2018 but he has made only 13 league appearances for the Sky Bet Championship club.

The Winchester-born centre-half progressed through Reading’s academy and had loan spells at Salisbury, Basingstoke, Torquay (twice) and AFC Wimbledon.

MacDonald was released by Reading in 2013 and had permanent stints at Salisbury and Torquay before Barnsley signed him for an undisclosed fee in 2016.