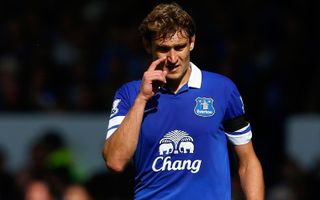 The clubs agreed a deal on Friday, reported to be a club-record fee of roughly £7million, although Hull have not confirmed whether it is a record-breaking deal.

Hull have impressed on their return to the Premier League and sit 10th after 20 games, but they have been far from prolific.

With a total of 22 goals - including six put past Fulham in one game - Hull's top scorer in the league is Robbie Brady with three to his name, all of which came within the first six games of the campaign.

Jelavic commented of the switch: "I realised straight away that manager was really interested in signing me and that it is a great opportunity for me to come here.

"It is a good club, and we have a good squad. We talked a little bit, but it didn’t take long to realise that it was right for me.

"It's a newly promoted club, but I can see straight away that there is a lot of ambition here within the club.

"I hope that we can build on the great start to the season and become a really strong Premier League team over the coming years."

A striker has been high on Bruce's list of priorities, with a long-term pursuit of Shane Long being routinely rebuffed by West Brom.

Jelavic has been allowed to leave Goodison Park by Roberto Martinez after slipping behind Chelsea loanee Romelu Lukaku in the battle for first-team selection.

The former Rangers man made a stunning start to life in the Premier League, scoring nine goals in his first 13 top-flight outings.

But the goals have since dried up, and he will be hoping a change in scenery boosts a return of just seven from the following 46.