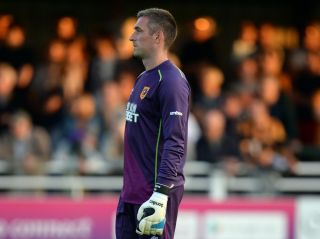 Scotland international McGregor has picked up a shoulder injury and Bruce will monitor his first-choice keeper before the KC Stadium clash.

McGregor was at fault on Thursday as Hull lost 1-0 at Lokeren in their UEFA Europa League play-off first leg - his poor clearance allowing Hans Vanaken to score the only goal of the game.

And that error could be compounded by fitness woes, with Steve Harper likely to come in for the Scot if he is unable to feature.

"McGregor is a bit of a worry as he has hurt his shoulder," said Bruce.

"But everybody else is okay. We made nine changes the other night so hopefully we'll be fresh enough. To win a game in the Premier League your performance has to reach a certain intensity, so we have to be fresh enough to reach that.

"To get back to back wins in the Premier League would be great. I don't think we've done that for about a year so it shows how hard it is."