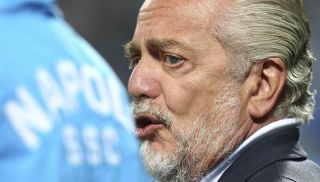 Napoli's interest in Suso is said to pre-date Ancelotti's arrival, yet De Laurentiis gave speculation of the Partenopei sending forward Callejon to San Siro in exchange for the former Liverpool man short shrift.

Speaking to Radio Kiss Kiss, he said of a potential swap deal: "I don't see it.

"After these two matches, we'll have two weeks to figure out what to do with the players who aren't suitable for Ancelotti's style.

"At that point, we'll check if there are spaces and possibilities for sales, loans and new signings.''

Napoli have already been busy in the transfer market this close-season, signing Fabian Ruiz from Real Betis, winger Simone Verdi from Bologna and goalkeeper Alex Meret from Udinese.

: "I'm at Napoli to win, and to build something positive. I have a great group of players here, and an ambitious club."July 11, 2018