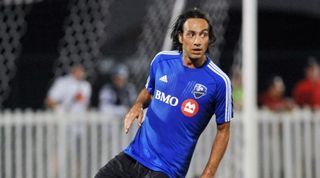 The 38-year-old last played for MLS side Montreal Impact in October 2013, but came out of retirement on Friday to link up with Marco Materazzi's men, who head the table by two points following their 3-0 defeat to NorthEast United on Thursday.

Much of the focus in Kochi will be on 2006 World Cup winner Nesta, however, home side Kerala will be keen to upstage the veteran by bouncing back from their 3-0 loss at Goa on Wednesday.

Goalkeeper and manager David James has faith that the Blasters can cause Chennaiyin difficulties.

"Chennai are a very good team. It is going to be a tough test tomorrow and to think that it will be an easy game will be a big mistake," James is quoted as telling The Asian Age.

"For the first time since I became the manager of Kerala Blasters, I have all 29 players available. I am confident my strikers will do well."

A win could be enough to see Chennaiyin through to the semi-finals, a goal that Atletico de Kolkata are also close to achieving.

Atletico missed the chance to go to the summit of the division as they were held to a 1-1 draw by Pune City on Saturday and will face another tough task on Tuesday with a visit to a Delhi Dynamos team whose finals prospects have been substantially boosted by back-to-back wins in their last two games.

Goa are the league's form side and can extend their unbeaten run to six games by beating an inconsistent United team, while elsewhere Pune City take on Mumbai City.