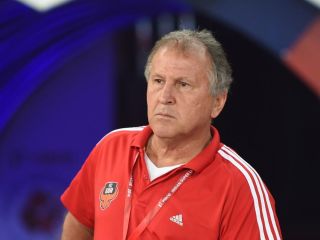 Zico's Goa side have enjoyed a fine run in the second half of the ISL season and made it five wins in six matches with an impressive 3-1 at Chennaiyin on Friday.

Chennaiyin - who have already booked their final-four berth - started brightly at the Jawaharlal Nehru Stadium, but they were soon on the back foot as the visitors moved ahead thanks to Romeo Fernandes' fierce strike in the 24th minute.

Buoyed by that opener, Goa pushed forward in search of a second goal and Andre Santos saw a free-kick cannon back off the post in the 40th minute.

A minute later Santos did find the back of the net when he turned sharply in the box and slotted past Shilton Paul in the Chennaiyin goal.

Miroslav Slepicka struck the decisive blow just after the hour with a close-range volley to take his tally to five goals in four matches, while Jean-Eudes Maurice scored a consolation for the hosts in injury time.

Kolkata could have joined Chennaiyin and Goa in the semi-finals on Sunday, but they now face a nervous final round after losing 2-1 at Mumbai City - who ensured they can still make the top four.

Didika put the hosts ahead five minutes before the break with a well taken left-foot finish, only for Baljit Sahni to level on the hour.

Mumbai needed a winner to have a chance of extending their season and Manuel Friedrich duly delivered with just under 15 minutes remaining when he headed home Didika's free-kick.

Delhi Dynamos head into the final round of regular fixtures in fourth place as an 88th-minute strike from Gustavo dos Santos earned a 1-0 win at Pune City on Saturday.

Pune's hopes are not yet over and they can reach the semi-finals by beating fellow play-off contenders Kerala Blasters on Wednesday providing results elsewhere go there way.

Kerala could have been in fourth before the final round of matches but they were held to a goalless draw at home by bottom side NorthEast United on Thursday.