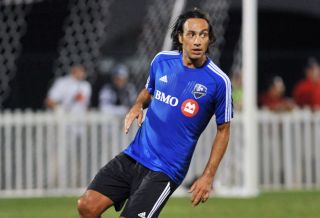 Nesta has made 23 appearances this season as the Canadian side have performed well in the Eastern Conference, however, a calf injury ended his latest appearance early.

The 37-year-old Italian defender was replaced late in the 2-1 win on Saturday and hinted it may be his last appearance for the club.

"I'm for sure going to coach in the future," he said. "For sure I'm going to try.

"We'll see what level, but I feel that it’s something that I can do.

"I'll first take a few months off and then I'll start studying. Where I will coach, I don't know."

The victory keeps Montreal in the hunt for a play-off place, but they made need to win against Toronto to secure their spot.

Nesta may not be involved depending on the severity of his injury, but he is fully committed to seeing the season out and hopes for a successful outcome.

"It’s not over yet, even if we've put ourselves into a very good position with this win," he added.

"Maybe we'll already be in depending on the other results, or maybe we'll need to go and get another result in Toronto - it doesn't matter; we need to go Toronto with a winning mentality."