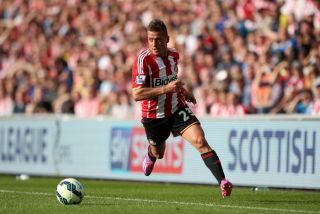 Forward Giaccherini has been out of action since picking up an ankle injury in the 0-0 draw with Burnley last month, while midfielder Alvarez picked up a knee problem in training last week and defender Coates has been limited to one appearance in the League Cup against Stoke City due to an ongoing thigh problem.

The trio are set to remain unavailable for Sunderland's upcoming Premier League fixtures with Southampton, Arsenal and Crystal Palace.

Poyet told Sunderland's official website: "We have got a couple of little problems with Ricky Alvarez and Emanuele Giaccherini especially, plus a little bit with Sebastian Coates.

"We think they are going to be out for around a month or so, so it is going to be around that limit, maybe one of them a little bit longer.

"It is not nice because Ricky was getting better and better and Giaccherini was a very, very important piece of our squad for this year.

"But the squad need to stand up and players need to come into the team and do well to make sure that when they are back it is going to be difficult for them."