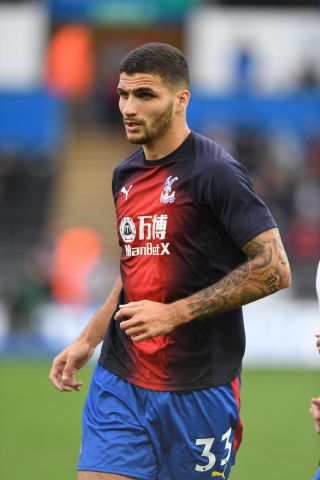 Newport defender Ryan Inniss has received a five-match ban for biting from the Football Association following his red card in an EFL Trophy match.

The 24-year-old, on loan from Crystal Palace, was sent off in the latter stages of County’s 5-4 defeat to West Ham Under-21s on September 4 for an incident involving 18-year-old Hammers player Reece Hannam.

An FA statement read: “Ryan Inniss has admitted a breach of FA Rule E3 (1) and been immediately suspended for his next five first team competitive matches by an independent Regulatory Commission.

“The Newport County defender was dismissed during an EFL Trophy match against West Ham United U21s on 4 September 2019 for violent conduct.

“However, The FA alleged that the standard three-match ban which would normally apply was clearly insufficient.”

Speaking immediately after the match, County boss Michael Flynn said: “Their player said he got bitten, so I’ll have a look at that and find out what happened.

“If (Inniss) has, it’s inexcusable and I won’t be fighting his corner.”