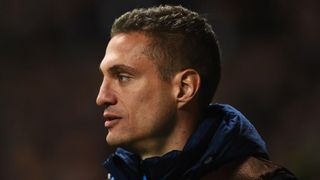 Nemanja Vidic's contract with Inter has been terminated by mutual consent.

The centre-back joined Inter on a free transfer from Manchester United in June 2014 and made 28 appearances for the club last season.

But, after undergoing surgery on a slipped disc in August, Vidic has yet to feature this campaign for Inter, who are third in Serie A behind Napoli and Juventus.

The 34-year-old has been rumoured to be pondering a move across the Atlantic to the MLS.

A statement on Inter's official website read: "Internazionale announces it has reached a mutual agreement for the termination of the contract of Nemanja Vidic."

Vidic said: "I thank the all the Nerazzurri family and fans. I wish the club great success for the future."